A Life Built on Faith: What Happens When Our Children Stumble 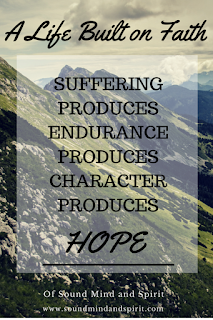 A few weeks ago we received a comment on a post from May 2015 titled “Watching our Children Stumble” in which I (Shelly) wrote about a particularly painful moment faced by my older daughter.  The recent comment reminded me that I haven’t written a follow-up post about how God revealed Himself in her life during the year that followed.

To understand what happened afterwards, it’s necessary that you read the original post first.  Go read it…. I’ll wait for you.

*sniff – I still get teary thinking about that night and the struggle to move forward with a positive attitude. A real “character building” moment for her, right? Because that’s what we say when we don’t get what we wanted, when we fall short of the goal. We shake our head and say that the bad experience builds our character.

Did you know we get that phrase from the Bible?

It’s from a lesson St. Paul wrote in Romans 5:3-5, “…that affliction produces endurance, and endurance, proven character, and proven character, hope, and hope does not disappoint, because the love of God has been poured out into our hearts through the holy Spirit that has been given to us.”

My daughter accepted her disappointment, then brushed herself off and went forward with her life. As a former officer, she was still afforded the opportunity to attend state convention and additional leadership retreat events. That fall she competed a second time in Radio Broadcasting – although once again fell short of her goal when her team earned the dreaded 3rd place (only 1st & 2nd advance to State). While struggling under a heavy academic load, she wondered aloud if maybe God’s plans were right, because He knew she would need this extra time to focus on her studies in order to stay in the top of her class.


Throughout the year, she continued to step up and serve her chapter, even though she didn’t hold a formal title or leadership position. She worked with Greenhands (new members), served on various committees, encouraged others, led a CDE team, began competing in public speaking, and recommitted to her passion for all things blue and gold.

Last year I wrote that when life gets challenging, my daughter often turns to Jeremiah 29:11 -  "For I know the plans I have for you,” declares the Lord, "plans to prosper you and not to harm you, plans to give you hope and a future."

A year after that disappointing night, my daughter ran for chapter officer again and this time was elected Historian. She also received the chapter Horizon's Award, acknowledging someone who has a bright horizon and future in FFA. A few nights later, I asked her if she could go back in time to that night, what would she tell herself?

“I wouldn’t,” she replied, “because everything that happened this year happened for a reason. Everything that happened was something that I had to go through to grow and understand. If I had been officer another year, I think I still would have been the same person. I wouldn’t have grown, wouldn’t have matured. Over this past year, I began understanding what it takes to be a servant leader – you don’t have to have a title. I think that’s what I had to learn and understand. I didn’t get it before, but I get it now.”

It’s not about the setback in our life; it’s about the comeback.

The setback forces us to look inside ourselves and decide what it is we truly want. Where we want to go. And how are we going to get there. It’s not about being stopped. It’s about discerning what we truly believe.

Following God’s plans requires a foundation of faith and trust that He will lead you down the right path. Four of the hardest words in prayer are “Thy Will Be Done.”  Because honestly, we often want our will to be done.

However, we cannot be changed without there being a change in our lives.  The caterpillar cannot become a butterfly without experiencing the metamorphosis. Likewise, God cannot transform our lives without our trust in Him and our surrender to His will.

Building a life based on faith reminds us that God is about a rebirth. Our belief in something bigger than ourselves and placing our trust in Him during times of suffering leads to “hope which does not disappoint because the love of God has been poured out into our hearts.”

As I post this, my daughter is in the fall of her Senior year of High School with a Lone Star degree from FFA. She took first place (out of 60 speakers) in a Public Speaking event last summer, using a speech based on her experience last year, and is already committed to attend Texas A&M University next fall (#AggieBound). Today, she leads her Broadcasting team in the Texas State FFA LDE competition. So if you don't mind too much - would you offer up a prayer for the team to perform their very best. Thank you!

UPDATE: The team advanced to the Finals Round. Saturday morning they will be one of ten teams, out of 740 entries, to compete for the top spot. Thank you for your prayers - they had a flawless performance, but now I'm giving it all up to God!  Although, perhaps an intercessory prayer or two to Venerable Fulton Sheen wouldn't hurt. Love to all!

SECOND UPDATE: I'm so proud of these girls. For the second time this weekend, they delivered a flawless performance. We held our breath during the awards ceremony, and to be honest, when the announcer said 3rd place I was certain that we'd earned First Place. Ah, but they called our name for 2nd place/State Runner-Up. At that level of competition it all comes down to judges preference and we were super-excited to be number 2 in the great state of Texas with so many amazing competitors. 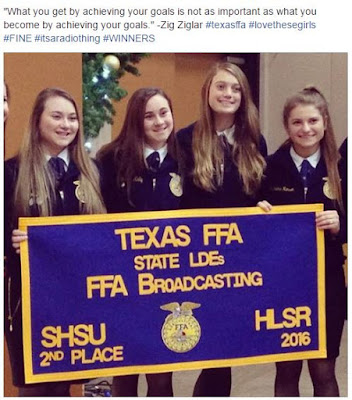 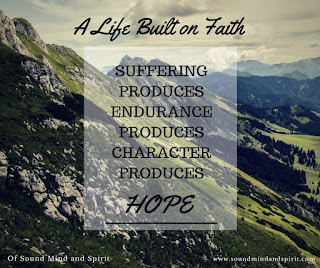