By Lisa Henley Jones January 06, 2015
Downton Abbey Season 5 is HERE!  Woo Hoo!  During the almost year long hiatus between seasons I introduced my oldest daughter to Downton Abbey.  We binged watched the first four seasons in a matter of weeks over the summer on Amazon.  She was hooked!

For Halloween, Ashley wore a Downton Abbey Ladies Maid costume we assembled, even making the maid headpiece herself. 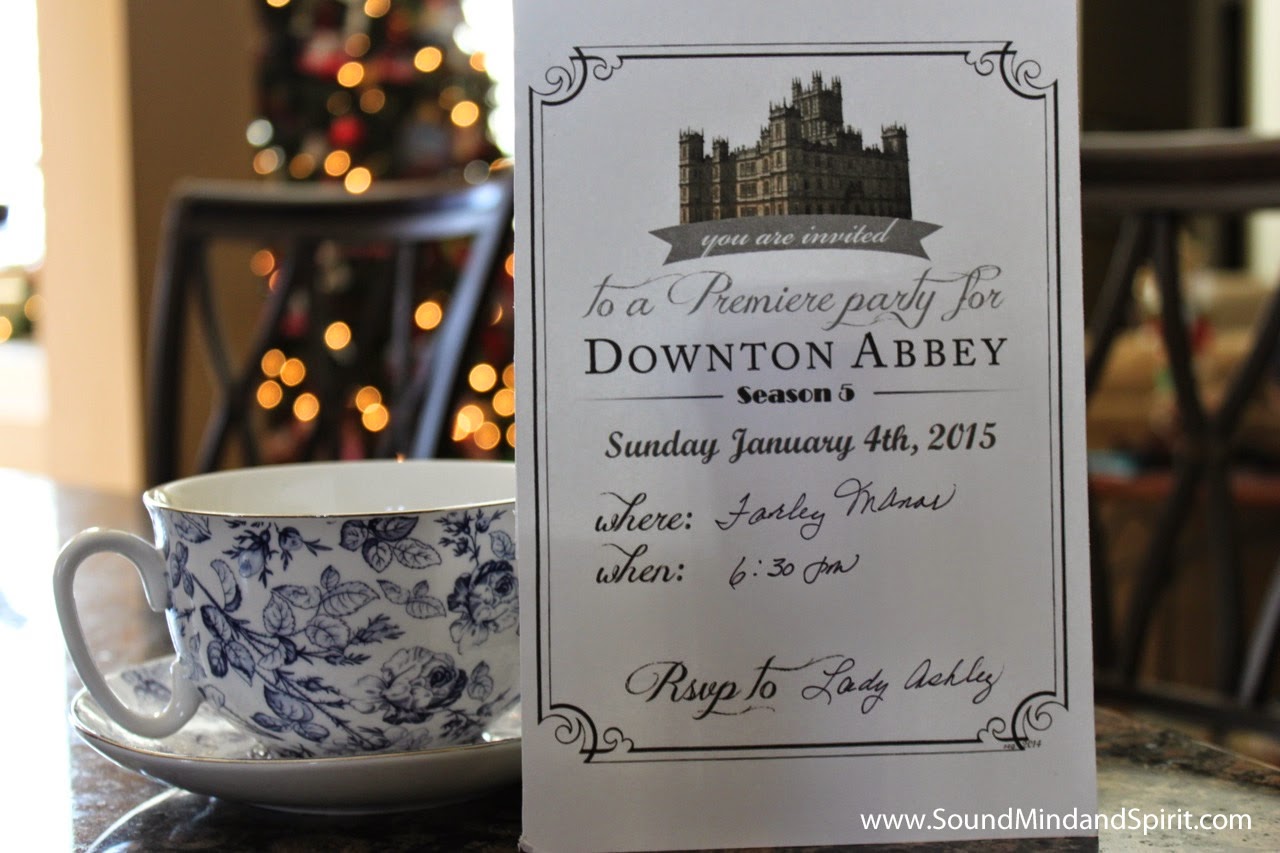 For the premiere of Season 5 of Downton Abbey, we decided to have a Premiere Tea Party.  What fun!  First things first, we searched Pinterest.  Cause that is the place to be when planning any type of party.  We found free, printable Downton Abbey Season 5 premiere watch party invitations and hand delivered them.

For decorations, we dug out my great-grandmother's handmade doilies to place on tabletops around the house and added a batten berg lace tablecloth to my dining room.  Printable quips from the Dowager Countess of Grantham sat framed in the dining room for inspiration.  Isn't Cousin Violet always an inspiration? 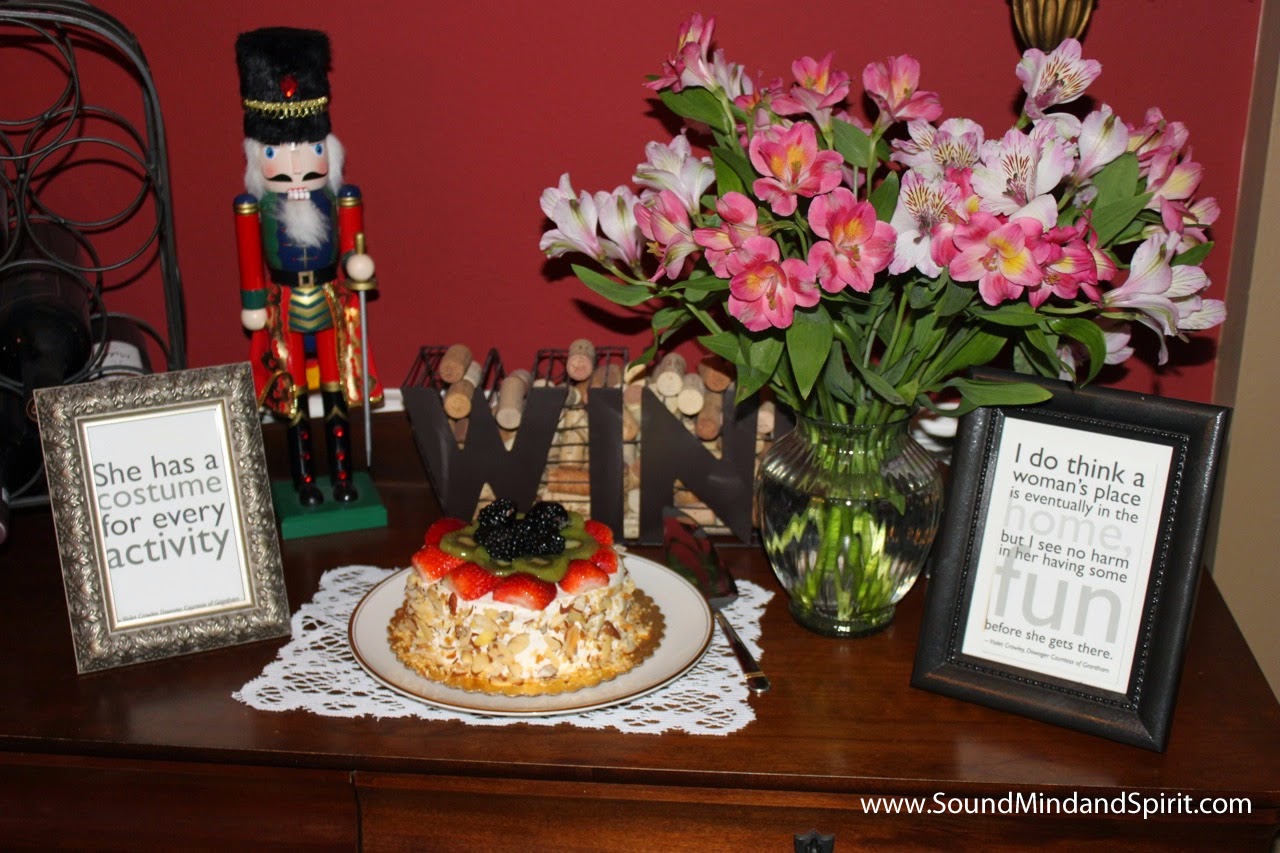 Tea was a must for a Downton Abbey Tea Party and it was an easy one.  Ashley received this package of Downton Abbey Teas for Christmas along with a new tea service from her nana.  Mrs. Patmore's Pudding Tea was the overwhelming favorite with our guests. 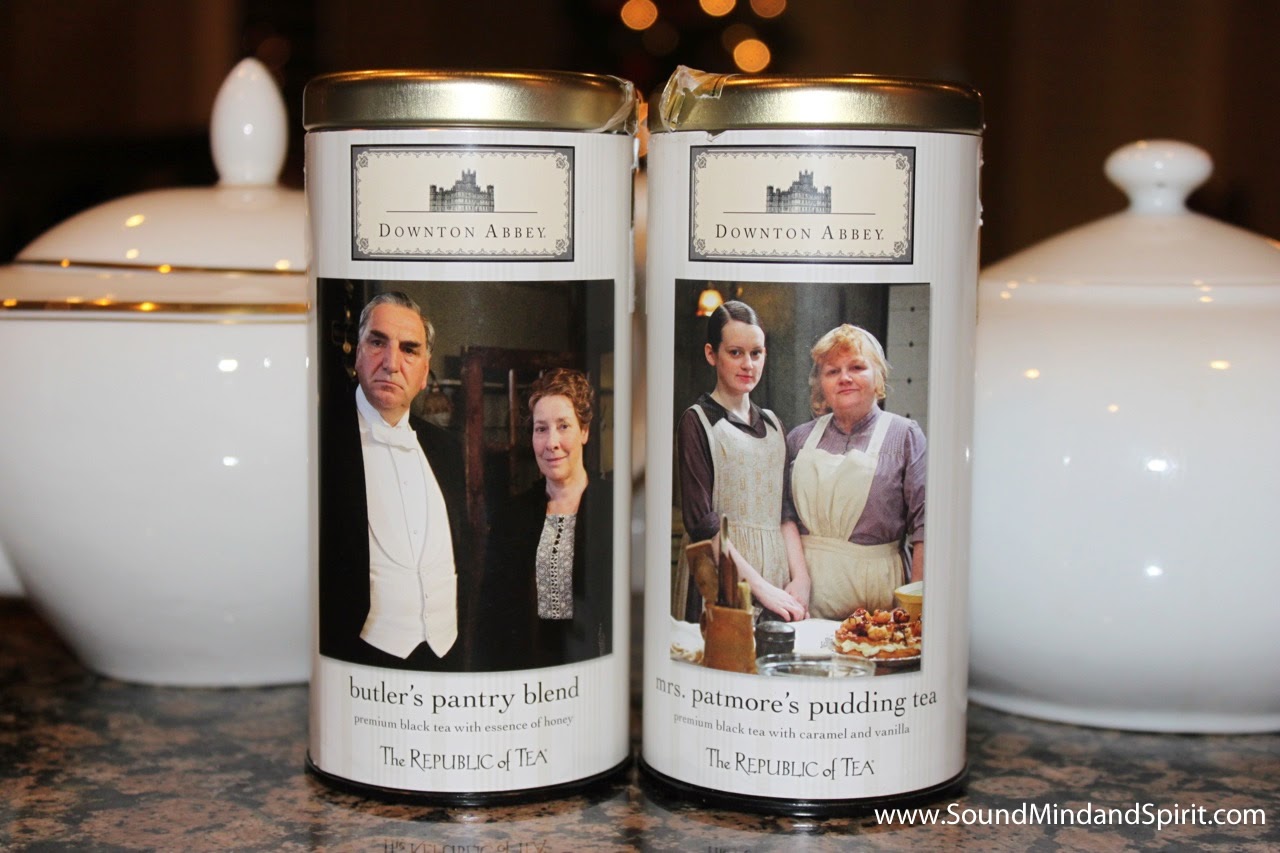 But what about food?  We've never been to an English tea, so it was back to Pinterest for ideas and then some time wandering through our HEB grocery store for final decisions.

What we served:
Finger sandwiches in 3 varieties - cucumber with allouette herb cheese, egg salad, and sliced chicken with pear slices and harvati cheese.  We cheated a bit by buying thin white bread with the crust already cut off, and it was very worth it!
Bread Pudding - made in the bakery of our HEB.  Score!
Scones - Ashley made cranberry orange scones from a mix and served them with blueberry scones from HEB.  We purchased orange blossom honey for the table to make the scones even more yummy.
Water crackers and cheese 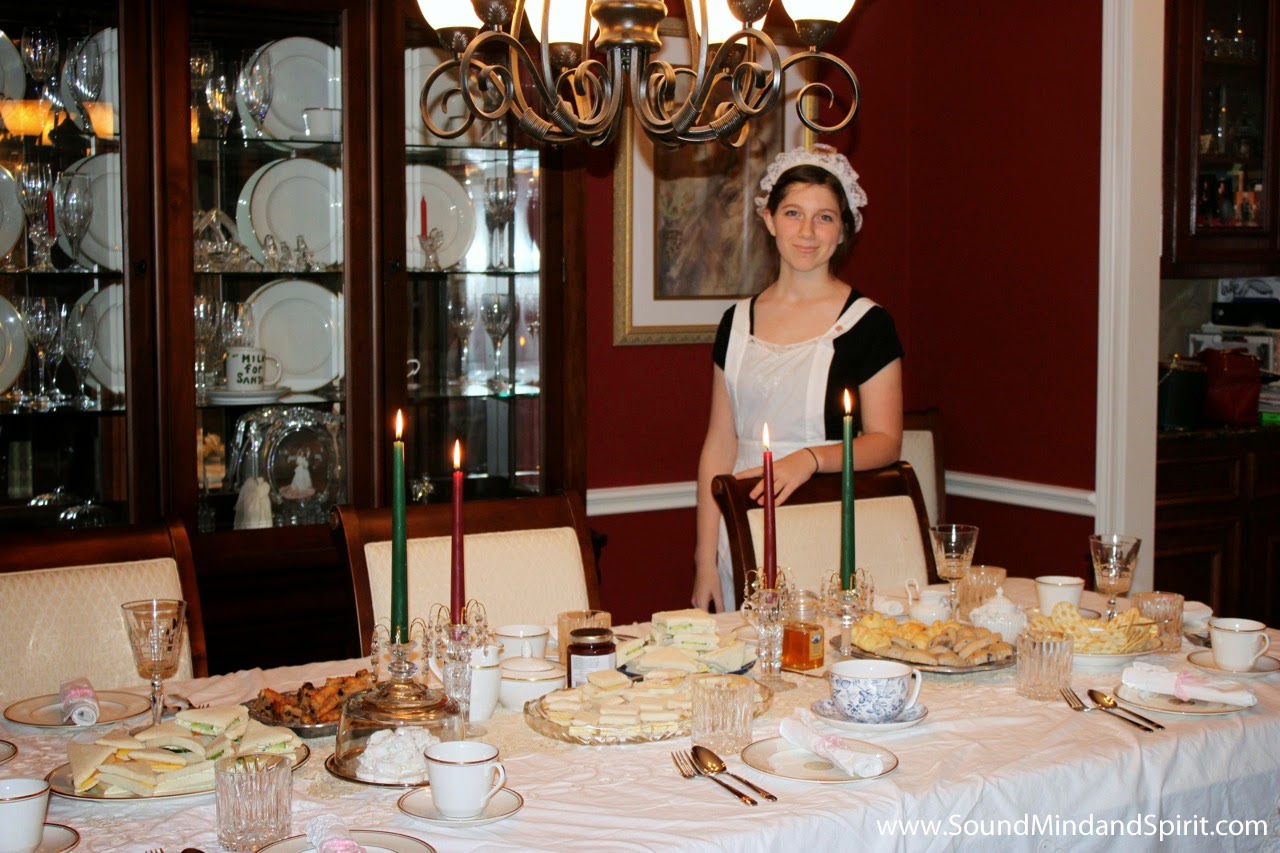 Overall it was pretty simple, but when served in the dining room with my china and crystal and lit candles it looked amazing. My two little nieces (ages 4 and 6) came and along with my 8 year old daughter they had a blast being included in a real tea party.  And yes, they wore princess dresses to the tea party. 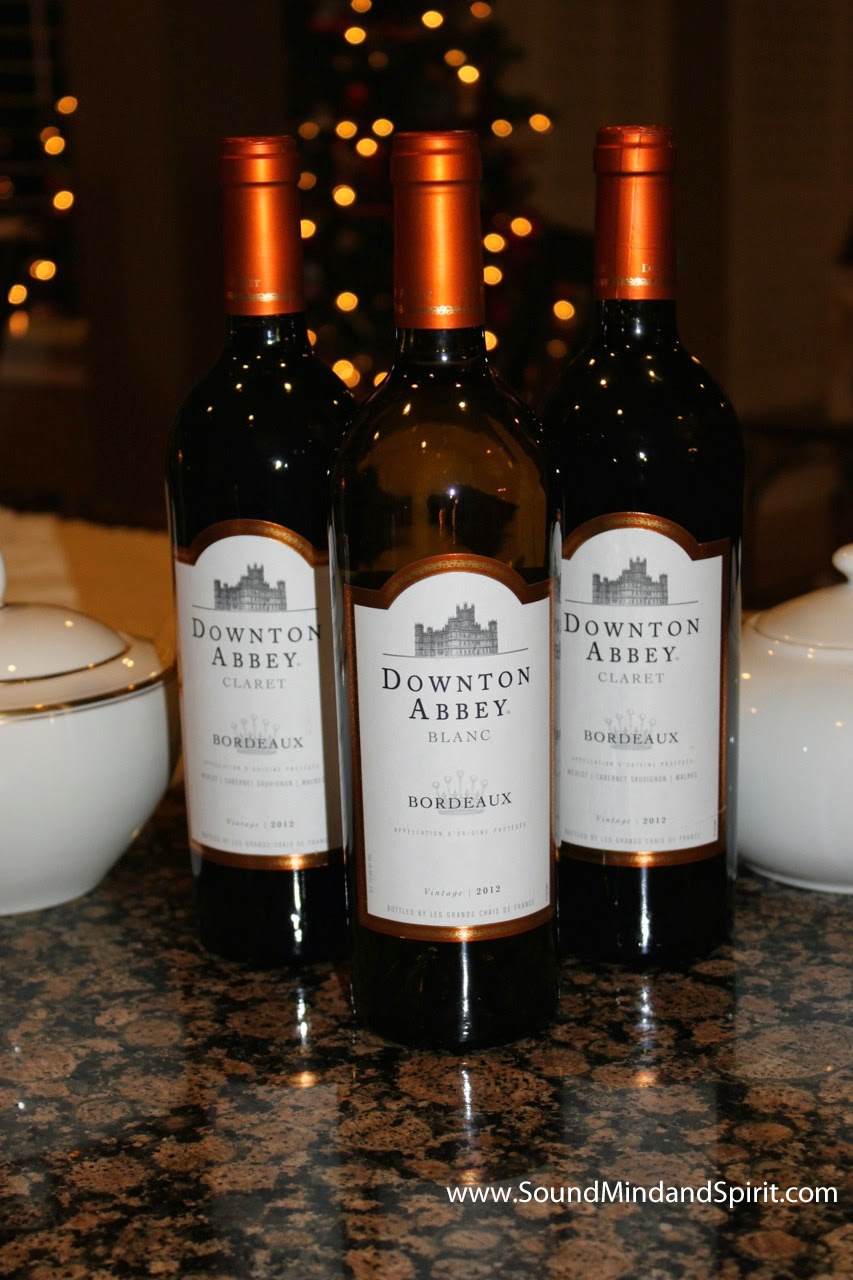 Once tea was over, we went through to the den to watch the Downton Abbey recap and then the season 5 premiere.  We also printed up a few Downton Abbey Bingo cards to make the watching more enjoyable.  The cards were from season 3, but we just crossed out Matthew (yes, there were tears) and wrote Lord Gillingham instead.

During the episode, the adults enjoyed a glass of Downton Abbey Bordeaux and pretended Carson was pouring the Claret into our glasses.

Watching it together was a lot of fun.  There were times when Lord Grantham made his usual sour face and we all snickered or someone had to break out with a "Poor Edith" comment cause, you know, poor Edith.  Some things never change.

If you need to catch up on Downton Abbey or want to re-watch the previous seasons, Amazon Prime is the best way to do it.  Join Amazon Prime with a free trial

to become addicted to all the perks of Prime.  All four seasons of Downton Abbey are free to watch with their Prime streaming service. (Sorry for the little advertisement for Amazon Prime, but it is a GREAT service. We are an affiliate, so if you sign up with the link above we receive a small token from Amazon. Thank you!)

Did you watch the Season 5 premiere?  What do you think of Branson's friend and her outspoken behavior?  Where you cheering or booing when Thomas saved the day again?  Poor Mr. Mosley... need I say more?  Who do you think will be cast out from the Abbey?

So much intrigue ahead of us for this season. 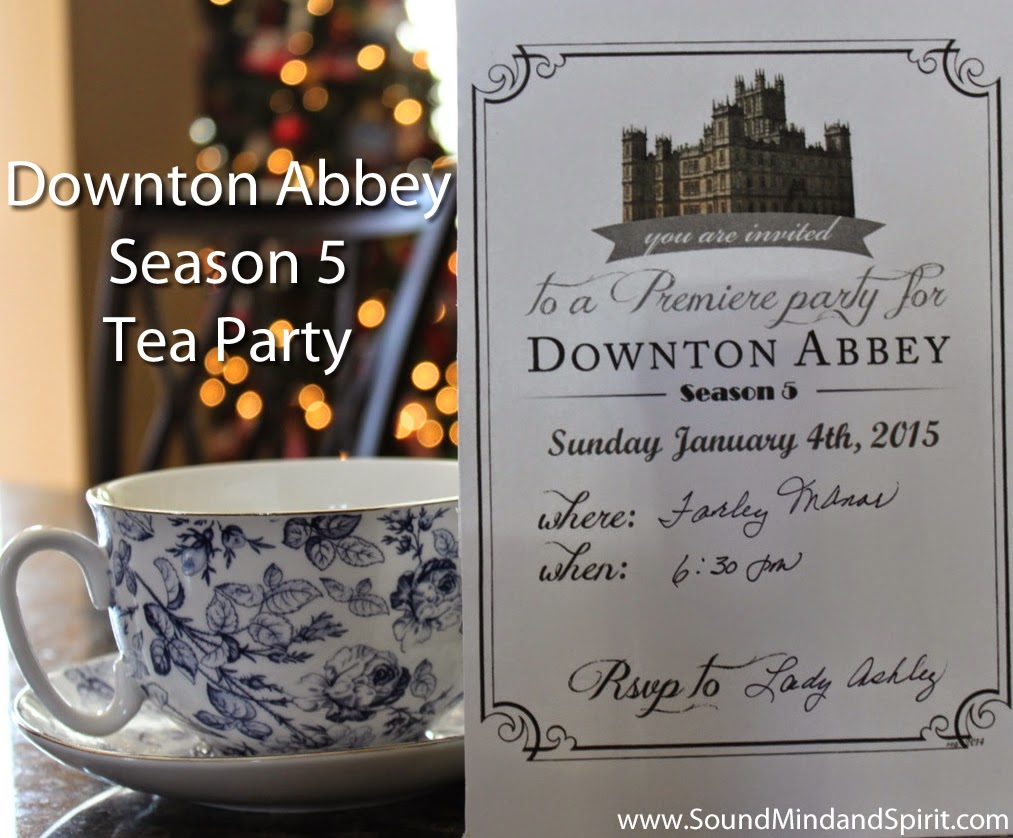