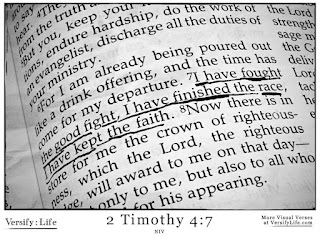 Four years ago, after Obama lead the Congress to pass a massive stimulus package in reaction to the financial meltdown, people woke up.  The TEA Party emerged. Grassroots organizations inspired by traditional values sprouted across the country. But have we grown sleepy again after the victorious 2010 mid-year elections?

While I’m really glad that the Supreme Court didn’t expand and redefine the Commerce Clause, I personally believe this ruling upholding Obamacare is wrong. I think a majority of Americans had faith the Supreme Court would strike down the entire bill. However, the decision now returns the fight to the American people. Instead of passively allowing the Supreme Court to take action for us, we the people need to make our voices heard. This law will be repealed only after citizens wake up and fight for our country.

It’s going to be a big fight.

After the intense 2009 town hall meetings, our elected officials ignored our voices and a super-majority Congress passed Obamacare against the will of the people. We sent them a strong message in 2010, but it takes more than one election for our message to really be heard. Again we have an opportunity to make a difference at the polls in November.

Maybe this is a path we were meant to be on. Never before have Catholics been so unified, or more publically aware of what the church truly stands for.  That’s a good thing. If we can get people to wake up again, pay attention, and realize the core of what this bill means to us as Americans, then we can and will change the course of our nation.

Nancy Pelosi said they had to pass the bill for us to find out what’s in the bill. As more and more details emerge and are enacted, it can’t be denied that sections of the bill are designed to fundamentally change our country.

We must talk about the bill.  We must inspire people to learn more about what it contains and decide what they want for themselves and their family. Do we want top-down government handouts that take away our freedom and restrict our liberties, giving us a cradle to grave welfare system?  Or do we want to stand up and take personal responsibility for our individual freedom and choices?

This is going to be a good fight. One that is productive and unifying.  In the past, it could be said that the USCCB didn’t stand up to liberal policies of the US government.  But today our Bishops are rallying the faithful. They are vocal. They’re actively working against this bill, particularly the HHS mandate that infringes upon our first amendment right of religious freedom.

Has this ever happened before?

This fight needs to happen.