What happens after Shuttle ends?

Forty-two years ago today the world watched in awe as Neil Armstrong and Buzz Aldrin took that “one small step for [a] man, one giant leap for mankind.” Before many of us wake tomorrow, history will be made again with the words “Wheels Stop” as Shuttle Atlantis lands, bringing the Shuttle program to a close.

It is with very mixed emotions that we mark this day. It seemed so far away when, in 2004, President Bush announced the Shuttle Program would end making way for the Constellation Program: a new vision with a new vehicle to lead us back to the moon, an asteroid, and then apply those accomplishments to the ambitious goal of reaching Mars.

NASA's Message
A week before the STS-135 launch, NASA Administrator Charles Bolden, a four-time Shuttle veteran, released a statement to NASA employees and contractors via email that sounds very much like a political speech written by the White House, with broad talking points, little direction, and no specifics.

“President Obama has given us a Mission with a capital "M" -- to focus again on the big picture of exploration and the crucial research and development that will be required for us to move beyond low Earth orbit. He's charged us with carrying out the inspiring missions that only NASA can do, which will take us farther than we've ever been -- to orbit Mars and eventually land on it. He's asked us to start planning a mission to an asteroid… The President is asking us to harness that American spirit of innovation, the drive to solve problems and create capabilities that is so embedded in our story and has led us to the Moon, to great observatories, and to humans living and working in space, possibly indefinitely. That American ingenuity is alive and well, and it will fire up our economy and help us create and win the future now.”

For many of us non-NASA lay people, it’s difficult to understand how this President’s “Mission” differs from the now cancelled-Constellation program. What we do understand is that the iconic thirty-year run of the Space Transportation System, affectionally dubbed "Shuttle," is ending, the promised Constellation project is cancelled, and many of our friends, neighbors, colleagues are being laid off. Despite the President and Administrator Bolden's messages, the phrase I hear most often when talking to JSC employees about the future of human spaceflight, JSC, or their role after October 1, is “I don’t know.” 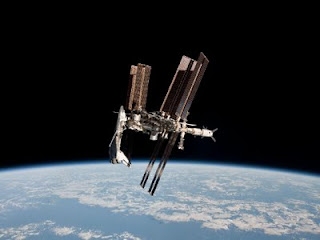 “At JSC, we will continue to lead operations of ISS, including planning, training and executing the increment missions, while ensuring the health and safety of our astronauts. Six-member crews have been, and will continue, to live and work in space 24 hours a day, 7 days a week until at least 2020.

At JSC, we’re leading the design and development of a new NASA vehicle, the Multi-Purpose Crew Vehicle (MPCV), which will enable human deep space exploration.

We’re partnering with industry in a new way to foster development of a commercial capability for both cargo delivery and crew transportation to low earth orbit.

JSC will be contributing to, and in many cases leading, these and other high risk – high return development activities in partnership with the Office of the Chief Technologist (OCT). In addition, the Advanced Exploration Systems (AES) program is pioneering new approaches to rapidly develop prototype systems and subsystems, mature and demonstrate key capabilities, and validate operational concepts for future human
missions beyond Earth orbit.

In addition to the new exploration activities, JSC is actively pursuing other opportunities, including partnerships with non-aerospace companies such as Dow Chemical, Shell Oil, and Chrysler.”

This last one offers few specifics, but is interesting to note, considering today’s Houston Chronicle story about some NASA engineers re-translating their jobs into the Energy sector.

Keep the Shuttle operational, on stand-by
A number of high-profile NASA veterans, astronauts, and directors, endorsed a letter to Charles Bolden (cc: President Obama and Vice-President Biden) from former JSC director Christopher C. Kraft and Scott Spencer, a transportation management consultant, stating that retirement of the Shuttle fleet creates an unacceptable flight risk for maintaining safe operation of the International Space Station. In addition to listing specific tasks required for the ISS that only the Shuttle vehicle can perform, the letter offers direct actionable items for bridging the gap between the end of Shuttle and the next vehicle being ready to fly. It concludes, "given the risks and liabilities for NASA and the ISS partners if the International Space Station is crippled by a systems failure or accident, the Space Shuttles are too valuable an asset to be retired into museums.”

Unfortunately, NASA and the White House have not publically referenced this letter and the STS Orbiter Vehicles are already being stripped for museum storage. Last weeks sad image of Discovery makes me more than a little glad Houston is not receiving this locust-shell of the greatest flying machine in the world.

For the near future, Americans will continue to hitch a ride into low-Earth orbit to serve on the ISS. Future astronauts may not be NASA or military employees, employed instead by private companies in commercial vehicles. However, I firmly believe that humans will always seek to push beyond their limitations. Space is still a large enough frontier to capture our wandering spirit. No matter what course of action we do or don’t take today, there will always be children wanting to know what, why, how, and when can I go? The dreamers of tomorrow will some day seek the knowledge stored in the NASA Archives in order to build upon whatever vision then-exists.

The end of the Shuttle program may be the end of an era, but I do not doubt that one day we will achieve greatness in human spaceflight again.