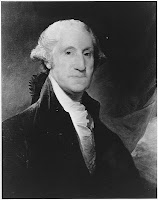 Today is the third Monday in February meaning the banks are closed, the post office won’t deliver, all federal agencies are closed, and maybe the kids have a holiday from school. (Lisa’s do, mine don’t.) But what do we call this holiday?

For nearly 40 years, advertising agencies and calendars have promoted this day as “Presidents Day,” in honor of all our U.S. Presidents; however, the federal holiday is legally and officially still “Washington’s Birthday” honoring our first President.

So why this confusion between Washington’s Birthday & Presidents Day?

In 1968, Congress passed the Uniform Monday Holiday Law creating more three-day holiday weekends for families. The 3rd Monday of February received the designation to honor Washington’s Birthday, ironically eliminating any possibility that the holiday would actually occur on February 22.
Also, federal holidays only apply to federal employees and the District of Columbia. States are not bound to observe the federal holidays; they set their own holidays. Since some states also observed President Lincoln’s February 12th birthday--not a federal holiday--and the new law caused the two to be celebrated so closely together, many states chose not to use the federal holiday title. In 1971 when the law went into effect, some states renamed their state observance as “Presidents Day.” However the federal holiday is still officially “Washington’s Birthday.”
For more detailed information about this national confusion, please read By George, IT IS Washington's Birthday!! by C.L. Arbelbide in the National Archives publication from Winter 2004.