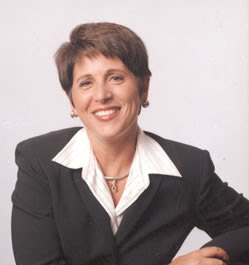 Our contribution to Support a Catholic Speaker Month is Catholic author, media consultant, and professional speaker Teresa Tomeo. If this post sounds a bit formal, it's because I didn't know much about Teresa until I started my research. I recognized the All Things Girl books as ones that Lisa considered buying as a Godmother gift for my "tween" daughter. As I learned about Teresa and her calling, I'm now intrigued and think I want to do a little more reading or listening. I think you will be interested in her message also.


Teresa received a bachelor of Applied Arts in Journalism from Central Michigan University and went to work as a radio and TV news reporter and anchor woman primarily in the Detroit area. According to her own website bio, she first received recognition for her radio news reporting and anchor work. In 1988, she moved to TV news, working as a reporter/anchor. Her assignments covered some of the most significant stories of the 1990s, including the Oklahoma City Bombing and the 1995 Papal visit.

In a Catholic Moments interview with Lisa Hendey, Teresa spoke of her personal “Come to Jesus” moment; how she realized that she and her husband were neglecting their duties to each other, allowing their relationship to suffer from their very success-oriented, secular mentality. When a six month unemployment forced her to examine her life, she noticed a change in her husband resulting from his reversion to faith and she decided to do the same.

Her decision to enter faith oriented broadcasting was not an overnight decision. After returning to work with a local secular radio station, she became aware of media trends turning toward sensationalism, violence, and liberal bias. She quit her job to form her own communications company speaking to various audiences about media influence. After one to two years of promotion, she began receiving regular speaking engagements. Another radio opportunity opened the door for her involvement with Ave Maria Radio.

She also conducts media awareness seminars for schools, community groups and churches. Drawing on her years of experience, she provides valuable instructions on how to positively influence today’s media.

Teresa has also turned her attention towards writing, authoring two solo books, and co-authoring the popular All Things Girl series. Her latest collaboration, All Things Guy, hit the shelves this past February.

Her first book, Noise: How Our Media-Saturated Culture Dominates Lives and Dismantles Families provides a one-stop shopping resource for parents about media influence, providing them with a real sense of why they should be concerned and offering real solutions.

In 2008, Teresa Tomeo was one of thirty delgates from the U.S. invited to participate in the 20th anniversary of Mulieris Dignitatum, a "Congress on Women" in Rome.

We invite you to visit her website to learn more about this amazing Catholic woman.