By Shelly Kelly July 06, 2009
Did you attend a Tea Party this weekend? While Lisa and I couldn't be at one, we were watching for news coverage.

A search for news articles on the Houston tea party held downtown at Discovery Green yields a few blog reports. Dustin Sachs reports on Examiner.com that "Thousands of people showed up in the sweltering heat to rally support for their ideals and express their displeasure."

A Houston Chronicle "Reader" blogger (ie: " reader offering her own perspective on a subject that interests her. The posts and opinions are her own and are not edited by the Chronicle.") called TexasSparkle did liveblogging and posted photos from the Houston tea party.

The only news in our local newspaper, the Houston Chronicle, highlights Sen. Cornyn being boo-ed in Austin. I'm really concerned about the reporters and editors out there today. They write, "From Gilmer and Lufkin in East Texas to McAllen in the Rio Grande Valley, hundreds of people gathered for Independence Day "tea parties."" (emphasis added) and then in the same story you read, "A crowd estimated at more than 25,000 attended a tea party at Southfork Ranch near Dallas on Saturday."

Hmmm.... hundreds of people across the state or more than 25,000 in just one place in the state. That's a pretty glaring discrepancy. Meanwhile, Bloggers report "thousands" in Houston and our newspaper carries no information. Even their official "local" Clear Lake blogger is silent on this weekend's activities.

One of my friends reported that she attended our Clear Lake Tea Party this past Friday. Despite the lack of news coverage given to the multiple tea parties held in the 4th largest city of the United States, my colleague states that there were several hundred people in attendance. They met at the County Courthouse Annex building where people filled the area. Parking overwhelmed the streets, the library parking lot and the back of the strip mall parking lot across the street. Organizers assembled with a podium and microphone and hosted a number of speakers including former Harris County Tax Assessor Paul Bettencourt, current Galveston County Tax Assessor Cheryl Johnson, and economist Alex Wallenwein.

Despite overwhelming heat, the large crowd gathered in every shady spot available and the Tea Party started on time and even went a little long. A few people ducked inside the open, air-conditioned, courthouse annex foyer to cool down before heading back out to join the crowd. The organizers anticipated the heat and passed out cold bottled water. To defray the costs of the tea party, raffle tickets were sold with the winning ticket receiving half of the money raised. (No word on whether the winner donated all or a portion of the winnings back into the funds for future events.)

Three tables were set up where people could register their email addresses for future notices, pick up a selection of flyers and bumper stickers, and buy raffle tickets.

One of the flyers available was information about “We the People Are The 912 Association, Inc. a 501c(4) non-profit corporation committed to re-educating our citizens of this nation’s founding principles.” This is not a partisan group – this transcends “political party”. This is about waking up the silent majority and taking back America. Please take a moment to check out their website.

Another flyer announces the recent formation of a Clear Lake Area 912 Project Study Group, where area residents can meet and talk with like-minded individuals concerned about our country in an informal setting. Among their rules are two key points: We will not claim, promote, or disparage any particular political party and discussions will remain respectful. You may vigorously disagree with another member's ideas or positions, but you can't attack the person.

My favorite flyer though is this one. 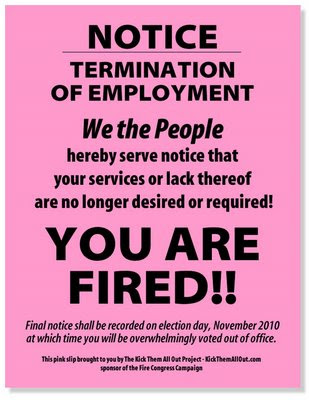