By Shelly Kelly July 01, 2009
Today marks the centennial of our family's arrival in the United States from Sicily.

Little Grandma with her two-year old daughter arrived at Ellis Island on July 1, 1909 after a long and difficult twelve-day journey. They departed Sicily via Naples on the Duca di Genova, June 19, 1909 leaving behind Little Grandma's parents and three sisters. Her husband had arrived in Houston sixteen months earlier, joining his Uncle.

Little Grandma's trip didn't end with her arrival at Ellis Island. She and the baby were detained for two weeks, unable to continue to Houston. The reason listed on the Detained Passenger List was rather common for the time: L.P.C. (Likely to become a public charge) – a young woman with little money traveling with a child and no one to meet her at the port. Little Grandpa had to take a ship from Galveston to New York to claim his wife and child. They were released on July 14, 1909 at 2:45 p.m. following a Special Inquiry Hearing.

Little Grandma & Little Grandpa had a total of 11 children; nine survived into adulthood. Our grandfather was the baby. All are gone now except for Aunt J., who is a regular attendee of our family reunions. Two of Little Grandma's sisters and their husbands also emigrated to Houston a few years later. One sister remained in Sicily. 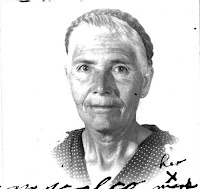 I often think about the challenges they faced in the United States. What prejudices did they encounter? Did she ever learn the language? Did she understand what it meant when she had to register with the FBI as an Alien of Enemy Nationality during World War II after 31 years in the United States? How does her experience compare with immigrants today.

Today is a special day to remember and reflect on that journey. 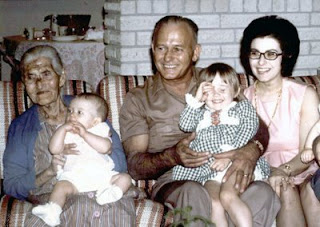