By Shelly Kelly July 28, 2009
Lisa & I met Jeff of Catholic Foodie at the Catholic New Media Conference last month. I've subscribed to his podcasts and listened to him describe a few of his yummy recipes in that smooth N'awlins accent.

Recently he posted about a Zatarain's Jambalaya Throwdown contest, though he admitted he's never cooked with their product, perferring to invent his own creation. However, he did give away five Jamabalaya kits to lucky commenters. 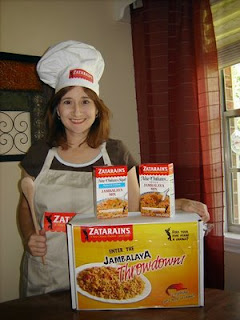 So Sunday night, I treated my family to my own Jambalaya creation using Zatarain's (low sodium) box mix as the base. Yes, I entered the recipe into the contest, though I doubt I'll get any notice. While I'm quite handy in the kitchen, I'm not particularly well known for stunning creations. I'll post the recipe when it's confirmed that I didn't win since posting in advance would actually disqualify me if I was being considered. (Yes, I read the rules.)

But here is a sneak peek at our yummy dinner. 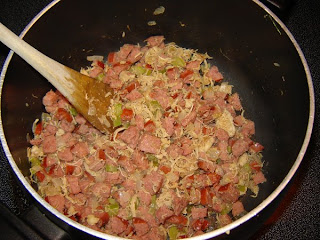 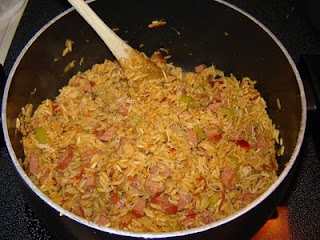