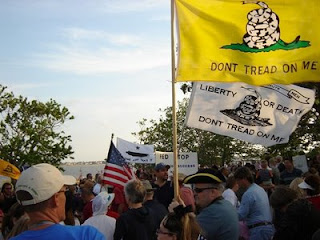 Lisa and I each went to a Texas Tea Party tonight. She went with our mother and sister-in-law to their local Tea Party, while I took my daughters to our local Tea Party. Lisa will post a review of their area party tomorrow.

First, let me say that I have never been to any kind of protest before and I didn't know what to expect. I skipped lunch and left work a little early so I wouldn't be late or caught in a crowd. While in the car, I called into our local conservative talk radio show and chatted with the former Harris County Tax Assessor "Tax Man" Paul Bettencourt on the air. 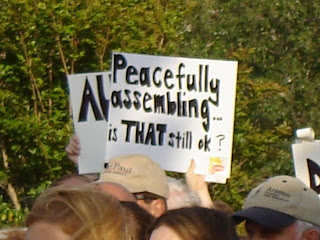 The girls and I arrived at Clear Lake Park 45 minutes before the program. Parking was easier than I expected and the park was a great location for our gathering. I let the girls play on the playground as more people arrive and then we found some seats on the grass. 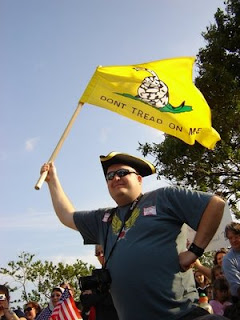 I'm told that approximately 1500 people attended. We enjoyed chatting with others who share our sentiments, said Thank You to several veterans, and had an emotional conversation with one father of a soldier who left ten days ago for his second tour in Iraq. (Please offer a prayer for James, from Clear Lake, Texas, and his family and his unit.) 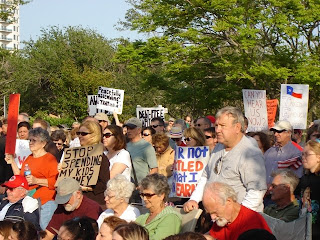 Our tea party organizer, Lisa Gonzalez, described how our tea party came together. A small business owner in the area, she felt frustrated and fed up with the direction of our government and after listening to Glenn Beck decided she could do something. 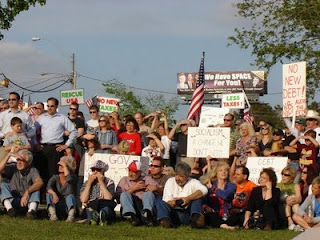 Her husband spoke about growing up in Cuba and coming to the US a year or two after Castro's takeover. His description of the government officials coming to take inventory of their home before they could leave moved me. The officials inventoried the home after the family left to make sure they didn't take anything from it as the house and contents "belonged" to the government. He talked about working in the Pacific Northwest picking strawberries and other crops so they could go to school and better themselves. 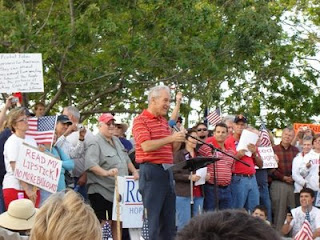 We expected Paul Bettencourt to speak, but his radio show ran long and he couldn't be there in time. U.S. Rep. Ron Paul spoke last about limited government and the Constitution. (Our District 22 Rep. Pete Olsen was in Sugar Land.) 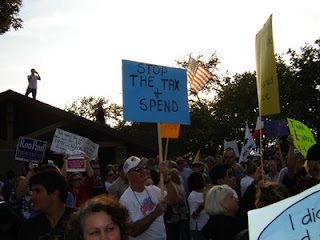 A local television news camera crew filmed Rep. Paul's speech and talked to a few people in attendance, but their broadcast on the 10 p.m. news took a decided slant. They clearly did not understand (or care) why we were assembled. In fact, most of the mainstream media seems to be trying to brush off this show of grassroots unity across the country. 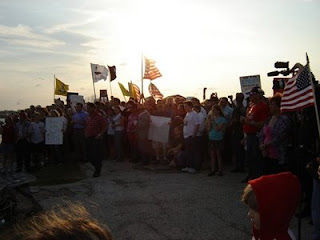 After the short program, we marched down to the edge of Galveston Bay/Clear Creek and dumped tea into the water while the crowd chanted "U.S.A.! U.S.A.!"

We didn't leave right away; the girls played on the playground while I admired, compared, and photographed signs. 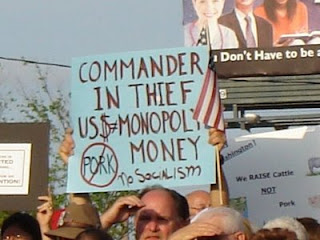 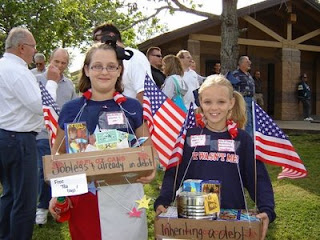 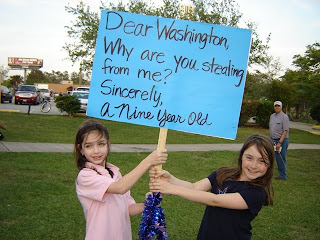 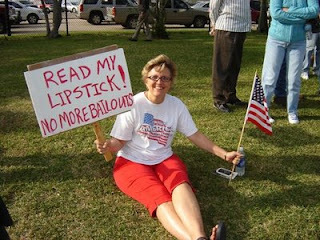 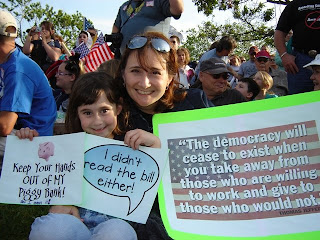 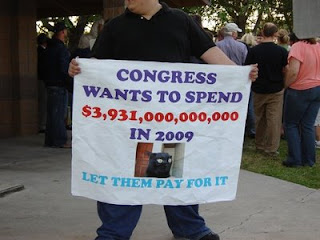 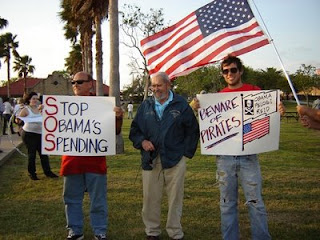 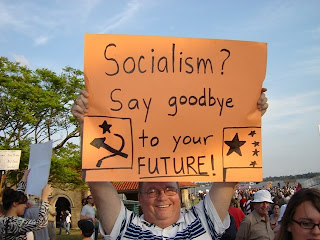